A motorcycle road trip across the western United States, along route 66 is surely on the bucket list of every passionate biker.

From the majestic nature of the surroundings, to the historic landmarks and towns, there is a lot to see along this route, none of which will be forgotten easily.

When you finally find yourself on the open road with the wind racing past, here are a few must-sees to keep in mind along Route 66.

This one may be a bit gimmicky, but certainly an impressive sight. The Guinness Book of World Record’s second largest rocking chair is located in Fanning, Missouri and weighs well over two tons. It was erected outside of an old general store along route 66 on April Fool’s Day 2008 in an attempt to drive business into the area—a successful endeavor.

Located in Amarillo, Texas, the Cadillac Ranch is more of an art piece than its name may suggest. Designed by an art group by the name of the Ant Farm, the Cadillac Ranch features several old, junk Cadillac vehicles that are buried nose-first into the ground. It was established in 1974 and the angles of the vehicles actually mimic that of the Great Pyramid of Giza in Egypt.

This Round Barn in Arcadia, Oklahoma has become a historic tourist attraction for people venturing through Route 66. Built in 1898 by local farmer William Odor, Arcadia Round Barn is admired for its unique architectural design. According to Wikipedia, this is the only truly round barn in the United States.

Coined as the oldest church in the United States, the San Miguel Mission was built during the early 1600’s. Also known as the San Miguel Chapel, this Spanish colonial structure is located in Santa Fe, New Mexico and has been recognized as a Historical National Landmark of the U.S.

Situated in Northeastern Arizona, the Petrified Forest features stunning scenery of badlands as well as desert steppe. This national park is named for its large amounts of petrified wood that litters the park. Another popular feature of the park is its rich amount of historic fossils that can be found.

Cruising around Route 66 is an exhilarating experience, yet one that should be taken with the necessary precautions. Older parts of the road, such as in some parts of Oklahoma, can be dangerous to maneuver without being careful. That is why you should always have the numbers for maintenance. Knowing how to handle a motorcycle can mean the difference between a successful road trip and a letdown.

Don’t let another year pass by dreaming about your adventure on the open road. Hop on that bike and take off and see all the amazing things that the historic Route 66 has to offer. 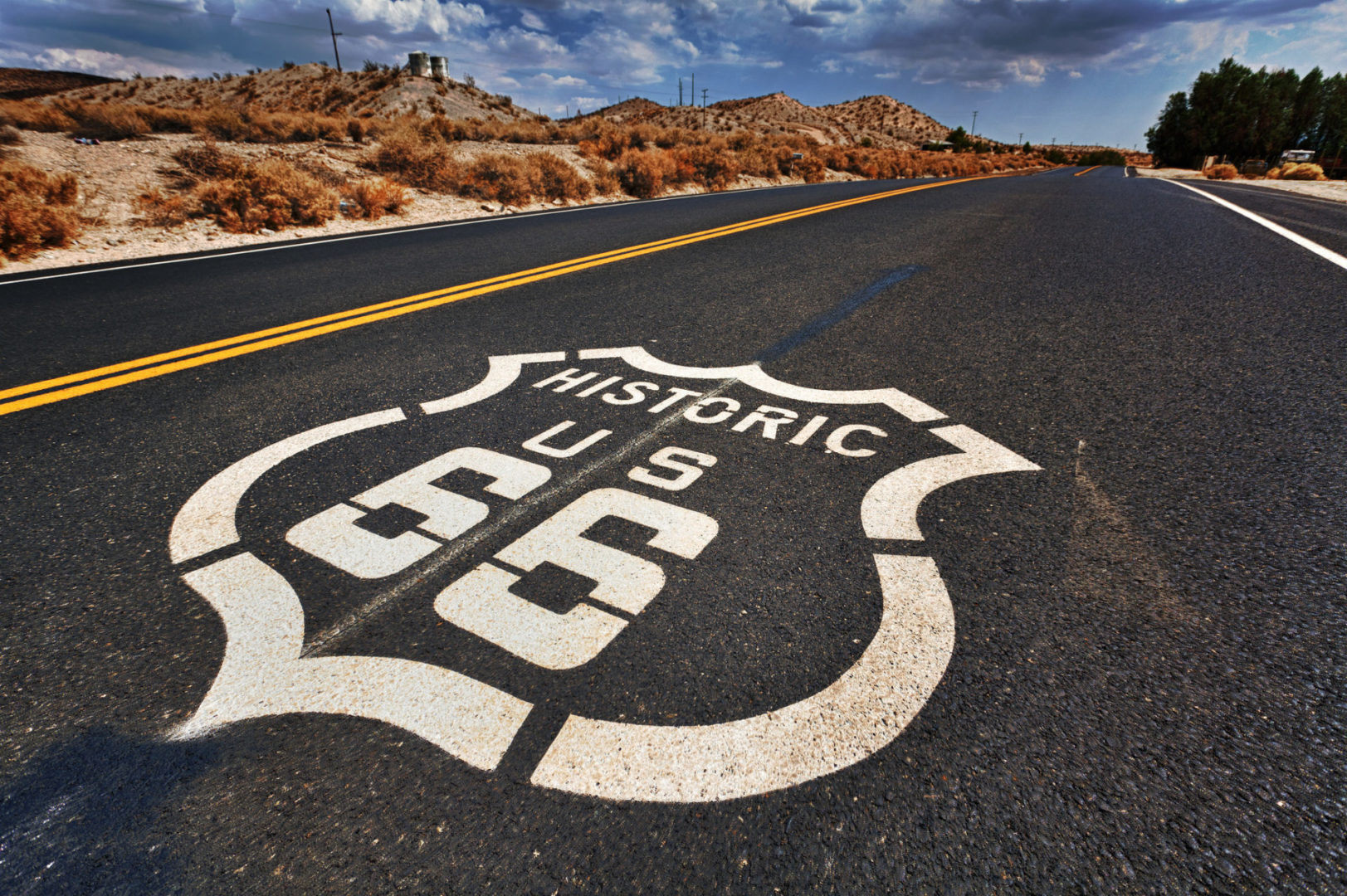