Scotland, UK is a breathtakingly beautiful country that can make you feel like you’ve taken a step back in time with the vastness of its untouched lands and the old style buildings you’ll see in the towns.

The best way I think in which to see it all is a road trip to the Highlands.

So, grab your snacks and buckle your seats for the ultimate road trip adventure.

After years of collecting Aeroplan points, I was able to cash mine in with a one week car rental at Avis for 25,500 points. Yippee! For those of you who are still struggling to get those points, you can find cheap options on Skyscanner. Often if you want to rent for 3-6 days, it’s cheaper to just ask for a one week rental. My favorite rental companies are Avis and Enterprise.

Tunes for the Road

Start in Edinburgh and spend at least a day there before hitting the road.

As soon as we arrived in Edinburgh, we headed straight to Fishers for a seafood lunch. Scotland’s seafood is so good, a large majority of it is actually shipped to Spain. We ordered some oysters, mussels, calamari which were all fresh and delicious. If you go Monday-Friday between 12:00-6:00 PM you can get a great deal with their set menu of 2 courses for £15 or 3 courses for £18.

Next on our stop was to head into old town to walk off our great meal. Old town is an architecture enthusiast’s dream with every building having its own unique look and dates back to the medieval times. Make sure to look out for the Castle of Edinburgh and the Royal Mile.

As we strolled through old town, we popped into a few pubs to sample the local beers. Try the Fraoch which is a Heather Ale (Leann Fraoch) that’s been brewed in Scotland since 2000 B.C. Also try the Tennent’s Lager which is the local’s choice in pubs.

When it got to the evening, we booked a free ghost tour with CityExplorers. Our guide was Max who somehow managed to turn stories of murderers, dungeons and witch hunts into a walking comedy skit which was a lot of fun.

The next day we started our morning at The Abbey, which is a proper Scottish pub offering a great breakfast starting at £4.95 and an unimaginable selection of whiskey (if you’re up for some early drinking). I went with the Scottish breakfast which includes egg, haggis, sausage, bacon, black pudding, white pudding, hash brown, tomato beans and toast. It was my first time trying haggis, and it  wasn’t’t bad at all!

In case you don’t know, haggis is made from sheep’s stomach and is stuffed with liver, heart and lungs of the sheep. Despite the name and what it’s made of, I would eat haggis again.

After breakfast we headed to Arthur’s seat which is around a 30 minute hike to the top of a hill,and over looks the entire city for some fantastic views.

Unfortunately, as soon as we started hike it started raining…hard. On the positive side, there were very few tourists and those we did encounter were retreating down because the rain was making it difficult to hike up.

By that point we saw it more of a challenge against mother nature to make it up to the top and pressed on. By the time we reached the top, not a single person was there and we had the entire spot all to ourselves.

After hearing stories from the ghost tour the night before about people hiking to the top of Arthur’s seat and then falling off, it felt very eery to be there on our own. Not to mention being surrounded by fog, mist, and then getting hailed on (in the middle of summer) which is when we decided it was time to go!

After conquering the hike up Arthur’s seat, it was time to hit the road to Inverness.

Our first stop on the road was to the Cairngorms National Park which is the largest national park in the UK. The park itself contains the ancient Caledonian forest which has almost been wiped out from all of Scotland.

You can find many species of animals there including red squirrels and even wildcats. There are many different paths to go on for hikes, a couple estates to visit, Balmoral Castle and a steam train ride around the park.

Just as you exit the Cairngorms National Park on the A86, there is a beautiful sandy beach where you can stop for a picnic lunch, do some fishing or even spend the night camping if you can brave the midges! The beach is located on Loch Laggan in between Quad Bike Tours and  Ardverikie Estate, you’ll be able to see the beach through the trees as your drive by with a designated parking spot to stop at.

Every encounter we had with Scottish locals they would always bring up “the midges”. They are similar to mosquitos but much smaller and will drive you crazy in the wild if you don’t have repellent on.

Apparently, the best form of repellent recommended by the locals is wearing Avon Skin So Soft. In truth we were fairly lucky considering the horror stories we heard about them, but we came prepared with repellant just in case, and you probably should too.

All along the road to Inverness you will find parking spots which are great to catch some epic views. As soon as you pass the sandy beach you will encounter three castle like buildings. Stop at Glengarry Viewpoint (about 1 hour after passing the hidden sandy beach) where you can stand on a rock and catch views of the entire landscape. Funny enough, one of the lochs is actually shaped like Scotland.

Next, head to the tiny town of Invermoriston and leave your car at the local parking lot. Cross the street and follow the sounds of running water. This will take you to a waterfall for some great shots.

Searching for Nessie and Urquhart Castle

Head back to your car and make your way to Urquhart Castle which overlooks Loch ness for your chance to find Nessie. This is the site of an ancient ruined castle, one of the largest in Scotland which was built in the 13th and 16th centuries. Tickets to visit cost £9 per adult. Although we didn’t’t find the mythical sea monster we were able to catch the sun setting from the castle.

This is the final destination for the road trip and is about a 30 minute drive from the Urquhart castle. For the best views of the city, head up to Inverness castle.

Exploring More in The Highlands

Your trip doesn’t need to end once you’ve reached Inverness. In the Highlands there are many things to see and do.

Unfortunately, we didn’t’t get the chance to personally catch views of the dolphins ourselves but if you head to Chancery Point along the loch of Moray Firth you will have a good chance of seeing them there.

You can’t visit Scotland without some Scotch tasting. Take a visit to Glen Ord Distillery which offers tours and tastings. We went on the most basic tour which cost £6 and includes a tasting of a 12 year old whiskey.  Interesting enough, this distillery only sells their scotch in South East Asia and is not available anywhere else, including the UK.

Did you know that the modern game of golf was invented by the Scotts? There are a few courses around including Torvean Golf Club, Inverness Golf Club and Fairways Loch ness Golf Course.

An ancient game said to predate Christianity, shinty is a team sport that Highlanders play and was previously used to help train boys for warfare. Catch a game with local Highland teams.

If you feel up for seeing more of Scotland, I recommend continuing your road trip through to the Isle of Skye. Skye is well known for its beautiful, unique landscape and best explored on a wild camping road trip. 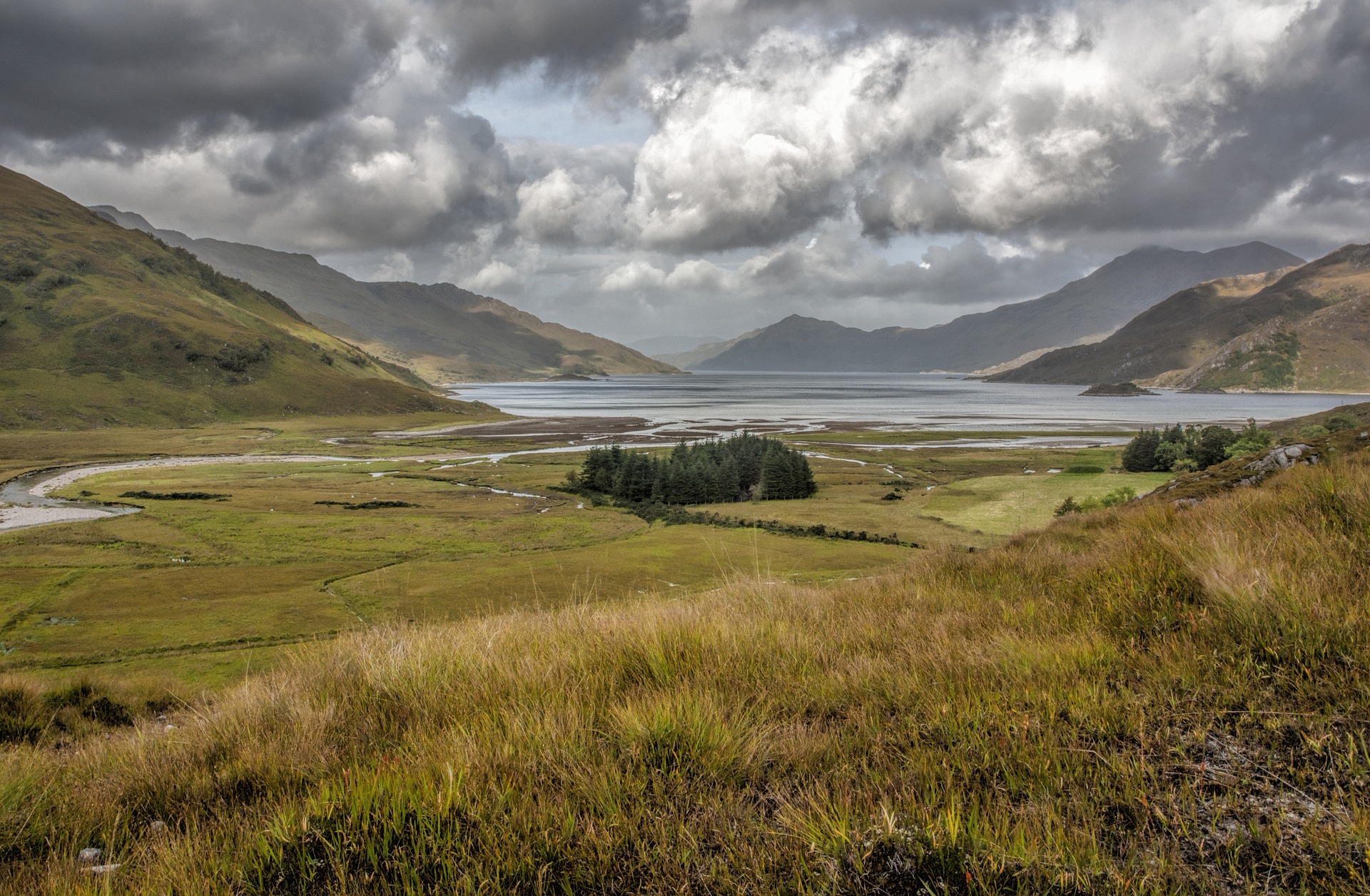 What is Travel Insurance? And Why You Need It

Places to Stay Cool in Barcelona in Summer

Barcelona Off the Beaten Track